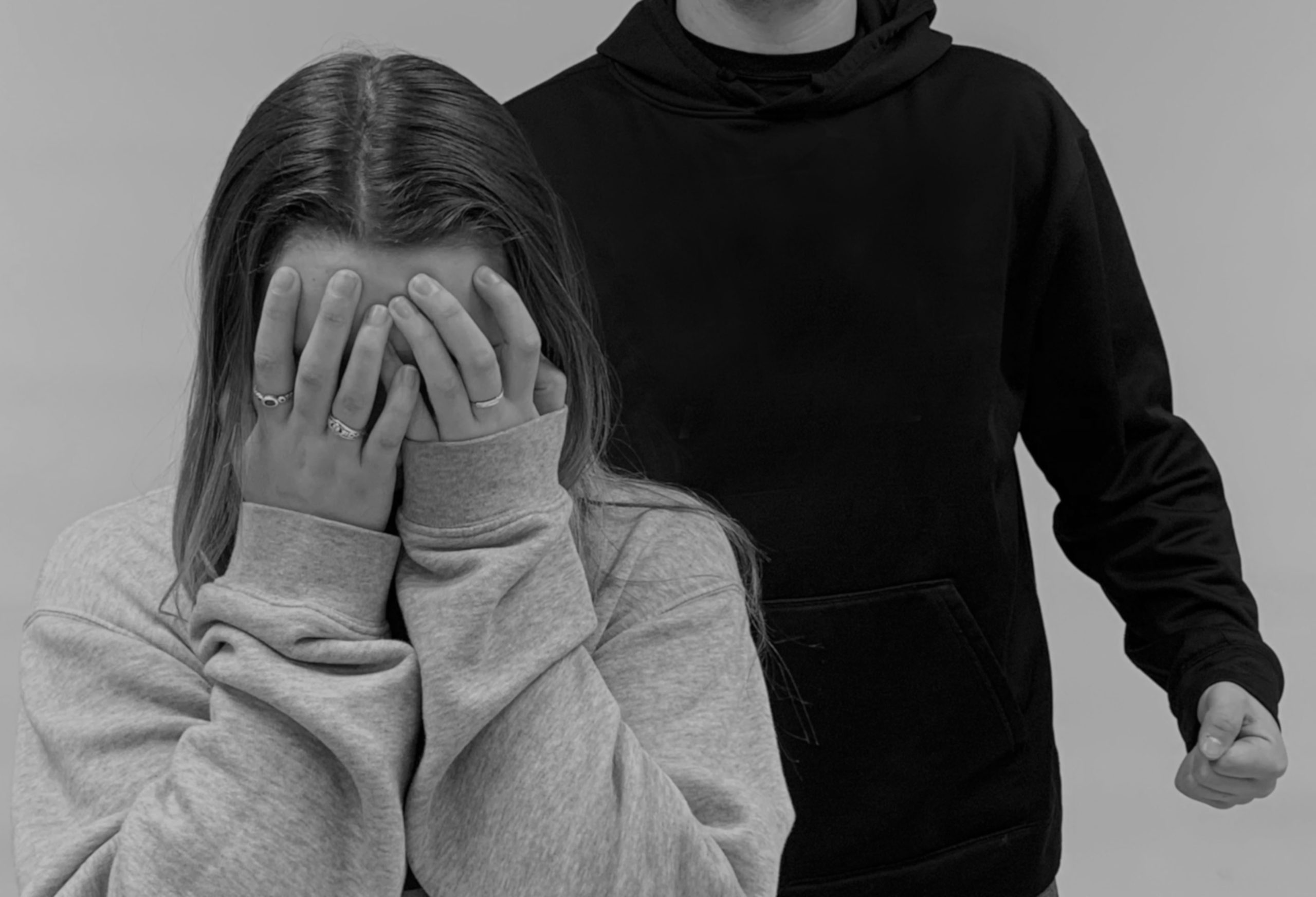 Link will direct you to another site in a new window.

Domestic violence is a pattern of assaultive and forced behaviors, including physical, sexual and psychological attacks, as well as economic pressure, that adults or adolescents use against their intimate partner.

A pattern of behaviors including a variety of tactics — some physically injurious and some not, some criminal and some not — carried out in multiple, sometimes daily episodes.

Physical
Physical abuse includes spitting, scratching, biting, grabbing, shaking, shoving, pushing, restraining, throwing, twisting, slapping (open or closed hand), punching, choking, burning and using weapons (household objects, knives, guns) against the victim. Some assaults result in physical injury and some do not. Sometimes a seemingly less serious type of physical abuse (for example a shove or push) can result in the most serious injury. The abuser may push the victim against a couch, a wall, or down a flight of stairs, out of a moving car – all resulting in various degrees of trauma.

He or she will use emotional and psychological abuse as a means of control over the victim. When the abuser feels that this means of abuse is no longer effective he/she will often turn to physical abuse as a threat to re-enforce the control the emotional abuse has.

Sexual
Like physical abuse, sexual abuse includes a wide range of behaviors from pressured sex when the victim does not want sex, to coerced sex by manipulation or threat of physical force, or violent sex. Victims may be coerced or forced into a kind of sex they do not want (for example sex with third parties, physically painful sex, sexual activity they find offensive) or at a time when they do not want it (for example when they are exhausted, in front of children, after a physical assault, when they are asleep, when they are not interested).

Sometimes victims will resist and then they are punished, and sometimes they comply in hopes that the abuse will end quickly.

For many victims this sexual violation is profound and may be difficult to discuss. Some may be unsure whether this sexual abuse is really abuse, while for others it is clearly the ultimate betrayal.

HELPING SOMEONE YOU KNOW

How can I help a friend or a family member?

Do you know someone who is being abused by a partner in a relationship? Here are some ideas on how to provide support to a friend or family member.

Educate Yourself
You will most likely become frustrated unless you understand the dynamics of domestic violence. This website gives helpful information about the cycle of violence, as well as examples of different types of abuse.

Approach Her/Him
Approach her/him about the abuse in a sensitive way. Let your friend or family member know you care and are willing to listen.
Give positive reinforcement and emotional support.

Believe
Believe what she/he tells you. It will have taken a lot for her/him to talk to you and trust you.

Let Her/Him Make Her/His Own Decisions
It is empowering to know that someone trusts your judgment and believes in your ability to find solutions to the problem. Trust her/him to make the right choices for herself/himself. Tell her/him you respect her/him courage and determination.

Refer Her/Him – to SafePlace for free, confidential services so that she/he can get additional information and support.

Children often have the following characteristics as a result of living in a violent and unpredictable environment. Many of these characteristics are similar to those of children who have been abused. In fact, many children who grow up in homes in which the mother/father is abused are abused themselves.

Feelings
•  Worthless and powerless
•  Guilt, feeling responsible for the problem
•  Depressed
•  Lonely, shy and fearful
•  Suicidal or have homicidal thoughts toward their parents
•  Fear, disgust or rage toward either parent
•  The need to be “perfect” to keep everyone happy
•  Embarrassment and humiliation